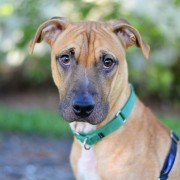 What do a slightly used bathrobe, a box of ink pens, a vacuum cleaner and a bag of pet food your cat refuses to eat share in common?
They are among the diverse items that animal shelters in Palm Beach County eagerly welcome as donations.
It’s well known that these nonprofits depend on donations in terms of money and volunteer time to care for cats, dogs and other homeless animals. But there is a third, less-known way you can help. The next time you are in a de-clutter mood, skip the garage sale and consider giving your no-longer-needed items to an animal shelter. Your act of generosity also qualifies as a tax deduction.
“It’s true. A lot of people don’t think about donating things as simple as robes, linens or socks, but these are extremely useful items at our shelter,” says Rich Anderson, executive director and chief executive officer of the Peggy Adams Animal Rescue League, based in West Palm Beach.
Every donation — in the form of money, time or items — helps take a bite out of the bills facing these animal shelters. I was surprised to learn from Anderson that it costs, on average, $400 to care for each and every animal that is housed at Peggy Adams.
“In some cases, a particular dog or cat can cost us thousands of dollars if they need special surgery, medications, special diet or might be with us for an extended period of time,” said Anderson. “We have had cats and dogs who have been with us for a year or longer before being adopted and each has cost us well over $1,000 to care for.”
When I moved and downsized recently, I looked at my garage full of items. I could have made some money hosting a garage sale, but nod your head if you agree with me about all the headaches involved in pricing, setting up and sacrificing a Saturday. You may declare the sale starts at 8 a.m., but you can bet there will be at least a few people arriving by 7 who pester you while you are setting up in your driveway.
I’m happy I opted instead to take a U-Haul truck filled with pet carriers, dog beds, leashes, toys as well as bedding, pillows, office supplies, a camera and even a corner desk with a hutch to my local animal shelter. I did phone ahead so I knew when and where I could make the drop-off.
At Peggy Adams, there is the Peggy’s Pantry Food Bank. It is a pet food bank for people who are struggling financially and having trouble feeding their pets. According to Anderson, more than 10,000 pounds of pet food are dispersed from this pantry each month.  He estimates that the donated food helped about 3,000 residents last year keep their pets and not have to surrender them to the shelter.
“Peggy’s Pantry used to be opened only one day a week, but we expanded it to being open five days a week last year,” says Anderson. “Now when people come in to surrender a beloved cat or dog because they can’t afford to feed them, we refer them to our food bank. Hopefully, it will enable them to get over a temporary financial situation so that they can keep their pets.”
Peggy’s Pantry is open from 10 a.m. to 5 p.m. Tuesdays through Saturdays. If you are unable to drop off donations during those hours, you can drop them off at the Grace Pavilion at the Peggy Adams Animal Rescue League.
Individuals are not the only ones who donate items. Several hotels, including the Airport Hilton, Residence Inn and the four-diamond historical Casa Grandview Bed and Breakfast Inn, regularly provide the shelter with bathrobes, towels and linens.
No, shelter pets are not walking around in bathrobes, but volunteers transform them into needed bedding for shelter animals.
Southwest Airlines also brought the shelter brand-new pet travel carriers as well as pet food, and supermarkets like Publix have made food donations.
“I hate to leave any company out,” says Anderson, in citing some examples. “We do appreciate any and all donations from businesses as well as individuals.”
So the next time you walk into, say, an Office Depot or a Walmart, to buy some office supplies or household items, consider buying in duplicate and donating the second set to a local animal shelter.
“These donations help us save money we can put toward spaying and neutering and other costs in our shelter,” says Anderson.
And you can skip the hassles of staging a garage sale.