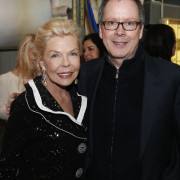 A Manalapan philanthropist is making good on her promise to herself to share the story of the nation’s disabled veterans with as many people possible.

At 9 p.m. Tuesday, the documentary “Debt of Honor: Disabled Veterans in American History” is set to premiere nationwide on PBS. The hourlong film chronicles American wars starting with the American Revolution up to the current conflict in the Middle East, with a focus on the disabled veterans who come home to fight their own personal war of survival once they leave the battlefield.

The $1 million budget film is funded by philanthropist Lois Pope, who for decades has wanted to share the story of the nation’s disabled veterans if she ever had the financial means to do so. It is directed by six-time Emmy award winning director Ric Burns.

New York filmmaker Burns said the documentary is a conversation starter for civilians and military to become more intertwined.

“The people interviewed are incredible,” Burns said. “The four central veterans who spoke have been through hell and back. But the takeaway is how we are going to benefit.”

To fans of TV’s “Dancing with the Stars,” J.R. Martinez may be a familiar face. The Iraq War Army veteran shares his story of how he received burns to more than 34 percent of his body when the Humvee he was in ran over a roadside bomb.

Before Tammy Duckworth became a congresswoman, she lost both legs and damaged her right arm when a helicopter she was co-piloting was hit. She explains the reason she works through the challenges of her disability is a way to honor the crew who went back to save her.

“For me, it’s about the guys who saved my life,” she said in a trailer. “I never want them to regret it, so I have to be successful. I have to survive.”

Gregory Gadson was a highly decorated Lt. Col. when an attack in Iraq in 2007 cost him both his legs and normal use of his right arm and hand. “People want to know how long it takes you to recover,” he said. “The truth is I think I am still recovering.”

And Max Cleland was a captain in the Army during the Vietnam War when a grenade exploded and caused him to lose his legs and one arm.

“Once second I am a tall, strapping 6-foot-2, young Army captain the next second I’m laying on the ground bleeding to death,” he said.

As a young actress performing in Broadway musicals in New York City in the 1960s, Pope volunteered to perform at a benefit event for veterans.

She said she had only seen the repercussions of war from a distance. Annual Memorial Day parades along Broadstreet in her hometown of Philadelphia featured strapping soldiers and sailors marching, but the veterans that sat in the audience before her looked different.

“I had no idea about the horrors of war and the devastation it can cause to human beings’ minds and bodies until the moment I walked into the room at Rusk Rehabilitation and saw dozens of Vietnam veterans, some without legs and arms, some mutilated, some burned so badly and some blind.”

She said she almost couldn’t perform, but the piano player began, so she closed her eyes and said she prayed to get through the performance.

She sang “Somewhere” from West Side Story and when she got to a line that goes, “Hold my hand and I’ll take you there,” she said she reached out to a soldier in front of her to take his hand, but he had no hands for her to hold. That night, she decided that if she ever had the means to help disabled veterans, she would.

Being the widow of National Enquirer publisher Generoso Pope helped. She said her husband’s successes gave her the platform she needed to carry out her mission.

“History books tell us who won and lost wars,” she said. “They never tell us the story of the continuing suffering of those who come back home disabled for life.”

Burns teamed up with Pope to create the film about two years ago. They met while Pope was working on the finishing touches of the American Veterans Disabled for Life Memorial in Washington, D.C.

The memorial, across 2.4 acres, features a flame inside a five-pointed star and glass panels embedded with war photographs and etched with quotations. She got the idea to erect a memorial for disabled veterans after she visited the Vietnam Memorial in Washington D.C. in 1995.

As she placed her hand on the wall where her cousin’s name, Richard Jursak, is inscribed, she turned to a park ranger to ask where the memorial for the disabled veterans was located. Her cousin died during the conflict on his 21st birthday.

When he told her there wasn’t one, she said she wondered how that could be in a country that has a memorial for “everything and everyone.”

On Oct. 5, 2014, the memorial was completed. “It was a long overdue memorial,” she said. “But not everyone can go to D.C. to see the memorial.” That’s when she turned to Burns and enlisted his help.

“My ultimate desire and purpose is to have this film shown in every high school,” Pope said.

Debt of Honor is airing as a part of PBS’ Stories of Service initiative, which explores the country’s military history. Check local listings for showtimes.