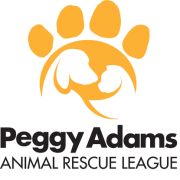 In what is being pegged as the “big fix,” residents dropped off their pets at a local Palm Beach Countyanimal rescue to participate in Spay Day. In all, veterinarians spayed more than 300 cats.

The Peggy Adams Rescue League, a nonprofit group in West Palm Beach, held the event for families to take in their cats to be sterilized at no charge.

The idea behind offering the procedure for free fits in with Countdown to Zero, an initiative presented by the league, Palm Beach CountyAnimal Care and Control, and county commissioners.

Spaying and neutering help control the pet population. And pets that are in homes means there are fewer strays, meaning fewer euthanizations. The three organizations hope to end euthanasia outright for all adoptable pets in Palm Beach County.

The final count for how many cats participated in Tuesday’s event totaled 308, according to the league.

Owners dropped off their cats in the morning, and the pets filled cages lining the back portion of one of the league’s buildings.

The volunteers spent time with the pets before their surgeries. A few dozen feline lovers donated their time and comforted their four-legged friends before and after their procedures.

“We don’t want there to be a burden for spaying or neutering,” said Jim Lilli, the director of operations for the league. “Whatever we can do, we will do.”

Lilli has a greyhound named Tankini and a cat that he is fostering until they find it a suitable home.

According to Lilli, the center has placed more than 500 animals in foster homes. Many of them are kittens.

Jay Rodriguez, who has spent 25 years of her life caring for animals, is fostering six kittens now, five of which are ready for adoption.

She took the mother of those kittens in for Spay Day and also volunteered alongside dozens of others.

“I could finally get her spayed now,” Rodriguez said, “now that she’s weaned her kittens.”

Neutering a male cat takes just five minutes, and spaying a female takes about three times as long, according to the league veterinary team.

“The most important part is keeping them out of the shelters,” said Heidi Nielsen, assistant director of the league.

As a result of sterilization initiatives, officials say they’ve seen a decrease in the number of pets taken to shelters. Their goal is to see all euthanasia end by 2024. “I think there really has been a difference,” Rodriguez said. “I have to believe that.”

The Peggy Adams Rescue League holds Spay Day quarterly as of this year. The next event takes place Aug. 25, and the League is taking applications for cats to be spayed or neutered now.