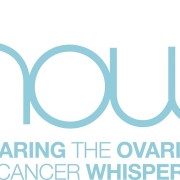 Using these manufactured “organoids,” Vogel plans to deconstruct the process through which pre-cancerous lesions form in the fallopian tubes. Ovarian cancer often springs from the formation of malignant cells in the fallopian tubes, she said last week at a tea at Sea Gull Cottage for supporters of H.O.W., Hearing the Ovarian Cancer Whisper.

The nonprofit organization provides money for ovarian cancer research grants and was founded in 2002 by Jacqueline Liggett, a Palm Beach resident who died of the disease in 2007.

Vogel said her new research focus might identify a treatment for ovarian cancer in the early stages. Right now, the only treatment is surgery, she said. In 2014, H.O.W. gave Vogel a grant that provided $50,000 for each of two years of research.

Because the symptoms of ovarian cancer — bloating, nausea, a change in appetite and constipation — are typical of other problems, doctors don’t typically consider ovarian cancer until other illnesses are ruled out, Vogel said.

“If you are having symptoms that are new or usual for you, be persistent,” Vogel said Monday. “Go to your physician, bring these symptoms up and if you are not satisfied with treatments or the workup that’s offered, continue to ask. Because that’s the problem, (the symptoms) are just not specific.”

Fern Fodiman, a real estate agent and resident, got involved with H.O.W. years ago at Mrs. Liggett’s urging. Like Vogel, Fodiman encourages women to watch for the signs of ovarian cancer.

“They have to be their own best advocates. They have to know if something’s not right,” said Fodiman, the charity’s president.

The American Cancer Society estimates that, in 2016, about 22,280 women will be diagnosed with ovarian cancer and about 14,240 women will die of the disease.