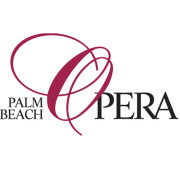 Ildar Abdrazakov, the Russian bass singer who made his debut in 2001, at age 25, in La Scala, has become a mainstay in leading opera houses around the world.

His powerful voice and overwhelming stage presence has led critics to proclaim him as a “sensational bass … who has just about everything – imposing sound, beautiful legato, oodles of finesse.” (The Independent)

In September of 2014, Abdrazakov headlined the gala opening of the Met’s 2014-15 season in a production of Le Nozze di Figaro under the baton of James Levine. Abdrazakov is also an active concert artist and he has performed at the BBC Proms and New York’s Carnegie Hall, as well as with the orchestras of the Chicago Symphony and Vienna Philharmonic.

“This fine survey of Russian arias – recorded last May in Kaunas, Lithuania, under Constantine Orbelian’s sure baton – may change the way we think about this valuable artist,” says David Shengold on OperaNews.com. Many of these pieces are associated with granitic Slavic basses such as Chaliapin, Reizen, Christoff and Ghiaurov. Abdrazakov’s tone, though impressive, is more compact than that of these illustrious predecessors; he concentrates on meaningful phrasing and a well-bound legato.”

The young Russian, who actually paved his way in the world of opera singing French and Italian operas, will make an appearance at the 2015 Seduction of the Senses Gala recital and dinner hosted by the Palm Beach Opera.

The black-tie event, which will be held at the Mar-a-Lago Club in Palm Beach February 5, 2015, will feature poolside cocktails, a private recital by renowned bass Abdrazakov, followed by a three-course sit-down dinner.

The Palm Beach Opera is dedicated to enriching the community by producing live opera at an international standard, and offering diverse educational programs. Founded in 1961, the Palm Beach Opera presents performances at the Kravis Center and is a member of the Cultural Council of Palm Beach County. Ticket and sponsorships for this event, which benefits the Opera, are still available; for more information about sponsorship opportunities or to make a reservation, please call Lisa Huertas at (561) 835-7558.