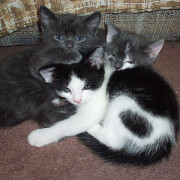 Six hundred cats and dogs of all sizes and colors will pack the Palm Beach County Convention Center on Saturday. By the end of the day, county animal advocates hope, half of them will be headed to new homes.

The free event, a collaboration between 30 local shelters and Palm Beach County Animal Care and Control, is aimed at creating a one-stop shop for those looking to adopt. It’s also the kick-off of “Countdown to Zero,” a countywide initiative to end the euthanasia of adoptable dogs and cats within 10 years.

“It’s really the first event of its kind where we’ve worked together as an animal welfare community to be in one place at one time and work closely together to save this many lives,” said Rich Anderson, executive director of Peggy Adams Animal Rescue League.

Countdown to Zero was approved by county commissioners in February. It calls for bringing the number of animals awaiting adoption in Palm Beach County down to zero by 2024. Currently, Animal Care and Control euthanizes about 9,000 of the 20,000 dogs and cats it gets each year.

The problem can only be solved with support from the entire community, officials say.

Cats are most at risk. Of the about 10,400 the county shelter took in last year, only 21 percent were adopted. Dogs typically fare better, with about 80 percent finding homes, but “square-headed dogs” – what some call “pit bulls” – are also difficult to adopt out.

To save the county’s dogs and cats, the shelters collaborating on Countdown to Zero are planning an approach that includes sterilizing free-roaming cats, offering training to pet owners and urging them not to abandon their animals, and re-educating the public about the purpose of shelters.

“What we’ve done is, we’ve taught an entire nation that if you don’t want something, you just take it to an animal shelter and then you don’t have to think about it anymore,” Sauve said.

Saturday’s mega adoption event is another piece of the solution. Suzi Goldsmith, executive director of Boca Raton-based Tri-County Animal Rescue, which is also part of Countdown to Zero, said the county’s shelters should have teamed up to start doing it years ago.

She said it’s a way to expose lots of people to the many animals that need to be adopted.

“There’s a lot of animals that deserve to go to homes that for whatever reason they don’t get to them,” Goldsmith said. “And this way we have a huge audience that will be able to come out in one day, whereas they otherwise come into shelters by bits and dribbles.”

Anderson said he wants to see it happen every year as part of the countdown. He’s hopeful that cars full of people will be lined up outside the convention center to check out the event.

“I don’t think they will have ever seen anything like it,” he said.

The Countdown to Zero Adoption Event will be held from 10 a.m. to 6 p.m. Saturday inside the Palm Beach County Convention Center, 650 Okeechobee Blvd. in West Palm Beach. Call 561-472-8873 or visit countdown2zero.org for more information.

Peggy Adams CEO passionate about benefits to both animals, people